✕
Rate this page
Thanks for the feedback!
Your feedback helps us improve our website.
BLOG

Unleashing the potential of e-commerce exports 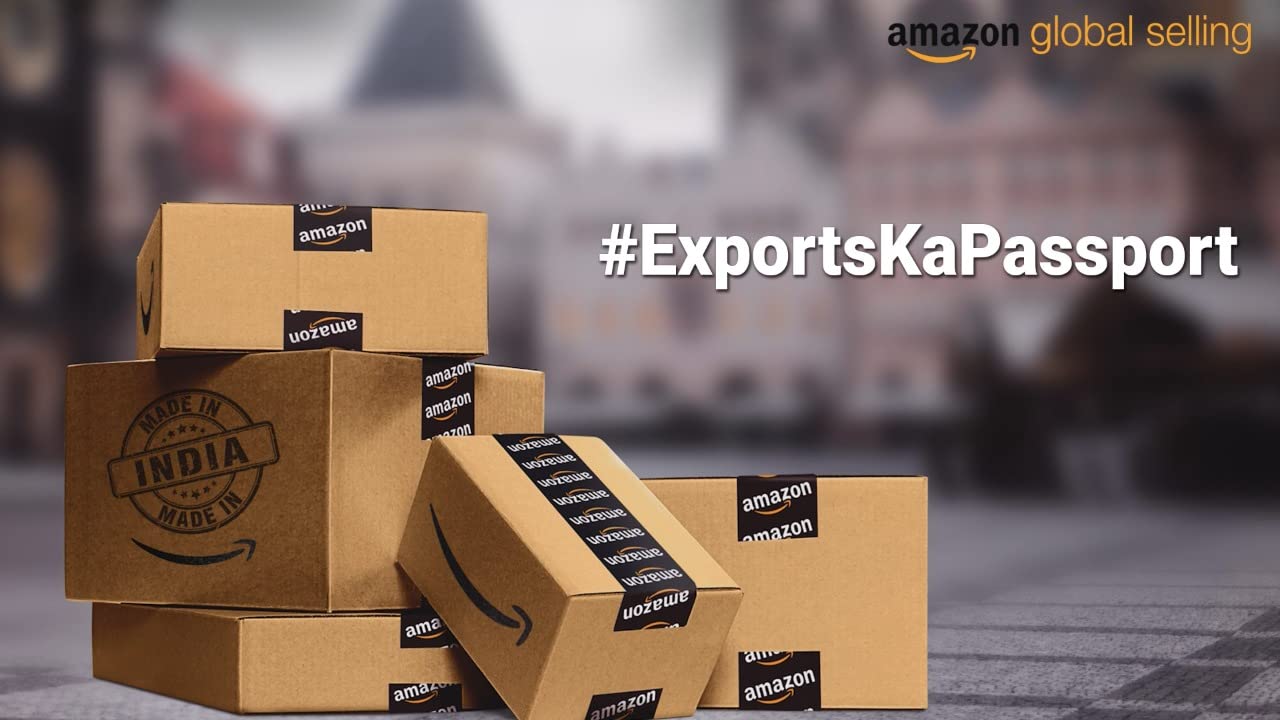 Federation of Indian Export Organisations (FIEO) and Amazon Global Selling have been collaborating on many fronts to improve the ecosystem for e-commerce exports from India. As a part of this initiative, an 'E-commerce Export Immersion Series' has been launched that aims at organizing seminars and workshops on a monthly basis to educate and encourage aspiring entrepreneurs to foray in to the arena of e-commerce business.

The first session in the series on 'Implications of India-UAE CEPA for Exporters' was organised on June 9th, 2022 that was addressed by Mr. Khalid M Khan, Vice President, FIEO, along with Mrs. Parul Singh, Deputy Secretary, Mr. Fahad Ahmed Khan Suri, Under Secretary, Dept. of Commerce, Government of India and Ms. Chand Mazumdar, Head - Exports Marketing & Enablement, Amazon. The session was attended by more than 120 participants.

The second session in the series was a webinar on ‘Unleashing the potential of e-commerce exports through Amazon Global Selling’, held on July 28th, 2022. Mr. Dhananjay Sharma, Head - IT & Quality Department, FIEO and Ms. Nishima Kaler, Regional Sales Manager, Amazon, discussed the growing adoption of e-commerce as a way of doing global business among MSMEs and brands with over 180+ attendees.

Mr. Dhananjay Sharma stated that it has indeed been a remarkable year for India’s exports, despite the second wave of the pandemic. With a 33% increase from the pre-pandemic year of 2020, the country achieved its highest-ever merchandise exports of $418 billion – $18 billion higher than the set target. This steady growth indicates the opportunities and momentum of India’s exports. Thus, MSMEs have a significant role to play as there is no doubt that exports, especially led by MSMEs and labour intensive sectors, are an important driver to boost the country’s economy.
FIEO has launched resources and tools to assist Indian exporters at various stages of exports including:
a) India Trade portal – An initiative by Department of Commerce and FIEO to provide trade-related information. The changing landscape of exports

Ms. Nishima enumerated that one of the key channels that has opened up global opportunities for MSMEs is e-commerce exports. In 2022, the Indian e-commerce market is predicted to increase by 21.5%, reaching $74.8 billion. Ease of doing business, technology and internet penetration, lesser infrastructural investment (international warehouses, stores, etc.) and access to global customers on marketplaces like Amazon has encouraged Indian exporters to explore e-commerce for international trade.

To further motivate exporters to opt e-commerce exports, the Government of India has taken several initiatives to ease export procedures and documentation through MSME global mart, Government e-Marketplace (GeM), Digital India Movement – Start Up India, Umang and more. In line with this vision, the Federation of Indian Export Organisations (FIEO) – an apex export promotion body of the Government of India, has continued to work towards boosting international trade from India. FIEO works closely with international agencies like WTO, IMF and Indian export organizations and Export Promotion Councils to review, recommend and formulate trade policies, impacting over two lakh exporters from varied industries.

Accelerating the path to e-commerce exports

FIEO and e-commerce exports program, Amazon Global Selling, have joined hands to support exporters with access to information and tools that simplify trade. With this collaboration, lakhs of exporters registered with FIEO can explore the e-commerce export opportunity offered by Amazon. To simplify running an export business, Amazon provides end-to-end assistance like simple registration, easy listing, digital payments, compliance and logistics support, along with tools to advertise and establish their businesses as a global brand.

With Amazon Global Selling, not only have we been able to reach more than 10 countries, we have also received great reviews from international customers.
Ravi KumarFounder, Imagimake

With access to 18 international marketplaces with over 300 million customers, Amazon Global Selling provides immediate access to customers who know and trust the Amazon buying experience, decreasing the costs of building business recognition on your own in a new region.
200+ countries & territories
By registering with Amazon, you can export without worrying about compliance, inventory, shipping and payments.
100,000+ exporter network
From spice seller in Rajasthan to textile exporter in Tamil Nadu, join the network of 100,000+ Indian exporters.
Crorepati sellers
1000+ Indian exporters registered with Amazon Global Selling crossed INR 1 crore in sales in 2021.
Start exporting today
Related blogs
10 Export Promotion Councils of India you must know about
What is an Importer of Record (IOR)?
Guide on how to export from India
Success stories
California Design Den's success journey with Amazon Global Selling
How Shreya Vora expanded her jewelry business with Amazon Global Selling
Why export with Amazon?

What is Federation of Indian Export Organisations?

The Federation of Indian Export Organisations (FIEO) represents over 100,000 exporters across India — giving them the required assistance and benefits that can improve their export businesses. In this blog, we'll tell you all about the apex body and its role in India's export trade.
Read now
MORE ON GLOBAL SELLING
How to export with Amazon Global Selling
Explore international logistics and shipping with Amazon
All you need to know about Directorate General of Foreign Trade (DGFT)
Published on June 28, 2022.

1. https://www.fieo.org/view_section.php?lang=0&id=0,5
2. https://economictimes.indiatimes.com/small-biz/trade/exports/insights/embracing-technology-is-the-only-way-to-become-an-export-superpower/articleshow/92270905.cms?from=mdr
3. https://www.ibef.org/industry/ecommerce#:~:text=After%20China%20and%20the%20US,broadband%20technology%20in%20the%20country.
4. https://www.business-standard.com/podcast/economy-policy/what-drove-india-s-exports-to-record-400-billion-122032500088_1.html
Disclaimer: Whilst Amazon Seller Services Private Limited ("Amazon") has used reasonable endeavours in compiling the information provided, Amazon provides no assurance as to its accuracy, completeness or usefulness or that such information is error-free. In certain cases, the blog is provided by a third-party seller and is made available on an "as-is" basis. Amazon hereby disclaims any and all liability and assumes no responsibility whatsoever for consequences resulting from use of such information. Information provided may be changed or updated at any time, without any prior notice. You agree to use the information, at your own risk and expressly waive any and all claims, rights of action and/or remedies (under law or otherwise) that you may have against Amazon arising out of or in connection with the use of such information. Any copying, redistribution or republication of the information, or any portion thereof, without prior written consent of Amazon is strictly prohibited.

*Map not to scale. The map has been used for design and representational purpose only, it does not depict the geographical boundaries of the country. These do not conform to the external boundaries of India recognized by the Survey of India.
✕

Where do you want to start selling?