A start-up story: From engineers to entrepreneurs Taking inspiration from the great Banyan tree, the embodiment of wisdom, Nimish Shrivastava and Anubha Saxena founded ‘The Banyan Tee’ in January 2016, to sell t-shirts online. With an engineering degree from IIT Bhubaneshwar and BSS Bhopal respectively, they recognized their entrepreneurial inclination in their early-engineering days. "We were sure that we will not go for a job. We did not even sit for placements”, says Anubha with confident look and demeanour.

Anubha had a natural instinct of becoming an entrepreneur and Nimish, who headed the Entrepreneurship Cell, had a flair for designing and doing creative things. For them the initial journey was very tough since they ventured into a new field of apparels via their own website and were struggling to get enough sales. Since ‘The Banyan Tee’ is a bootstrapped venture and with limited budgets, it was even more difficult for them to get that kick-start. But, this did not deter them from taking their business online via Amazon. Recalling the initial weeks with Amazon, Nimish says, “we received around 5-6 orders in the 1st week. Amazon gave us the initial push we needed and in very less time, our customer base grew by leaps and bounds. It gave us confidence that We Can - and soon ‘The Banyan Tee’ became a Brand.” They have also added full-sleeve t-shirts, mugs, hoodies, to their catalogue on Amazon. They are also planning to introduce some exciting product range in the new year. 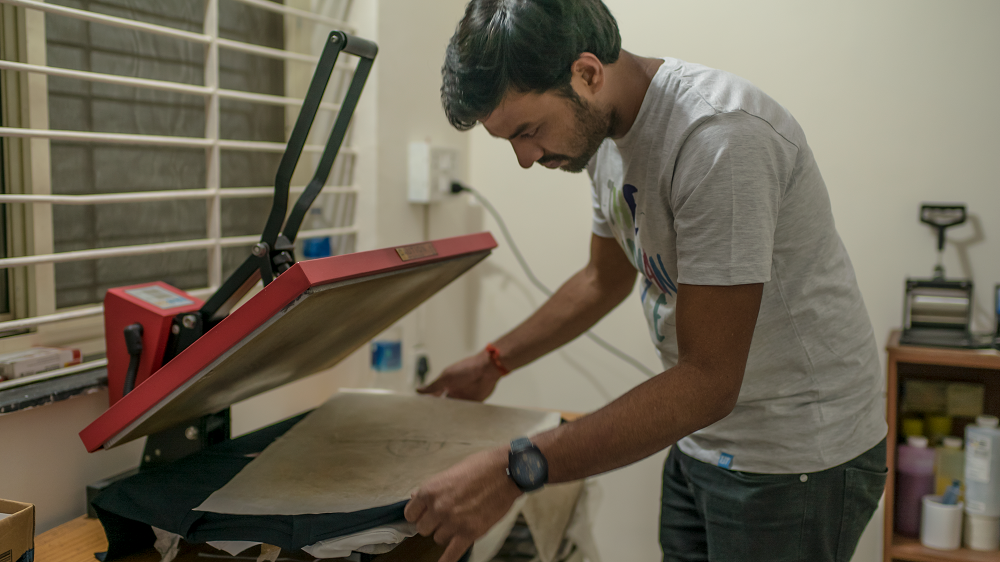 Commencing a business from a tier-2 city like Bhopal was indeed not a cakewalk for them. Although they had a very conducive environment in terms of resources there but response of their product was not that encouraging. “Amazon has played a vital role in making us successful entrepreneurs. With limited resources and sitting in a place like Bhopal, we now have the opportunity of reaching out to millions of customers across the country and globe through Amazon,” says an exuberant Nimish. ‘The Banyan Tee’ has grown 500% from the time they started their business on Amazon and is also employing 5 people. “We started with just 10-20 t shirt designs on Amazon and currently offer over 500 designs on the portal. Not only sales but we have also earned a brand value and loyal customer base on Amazon.”

The start-up takes all the pride in highlighting their CSR initiatives that they are taking to make this place better for every human being. From using eco-friendly printing technology to organic fabric for producing t-shirts, the start-up also collaborates with the local RJs and NGOs to distribute t-shirts to the needy free of cost. It was during the last World Environmental Day that the duo shouldered the responsibility of starting a chain of greenery by sending free seeds with each order to their customers.

Last but not least, the start-up is a proud seller to some of the celebrities including Adnan Sami, Gul Panag, Vivian Dsena, Steffi Cyril, Kedar Jadhav.