Inspiring how to make business with your passion 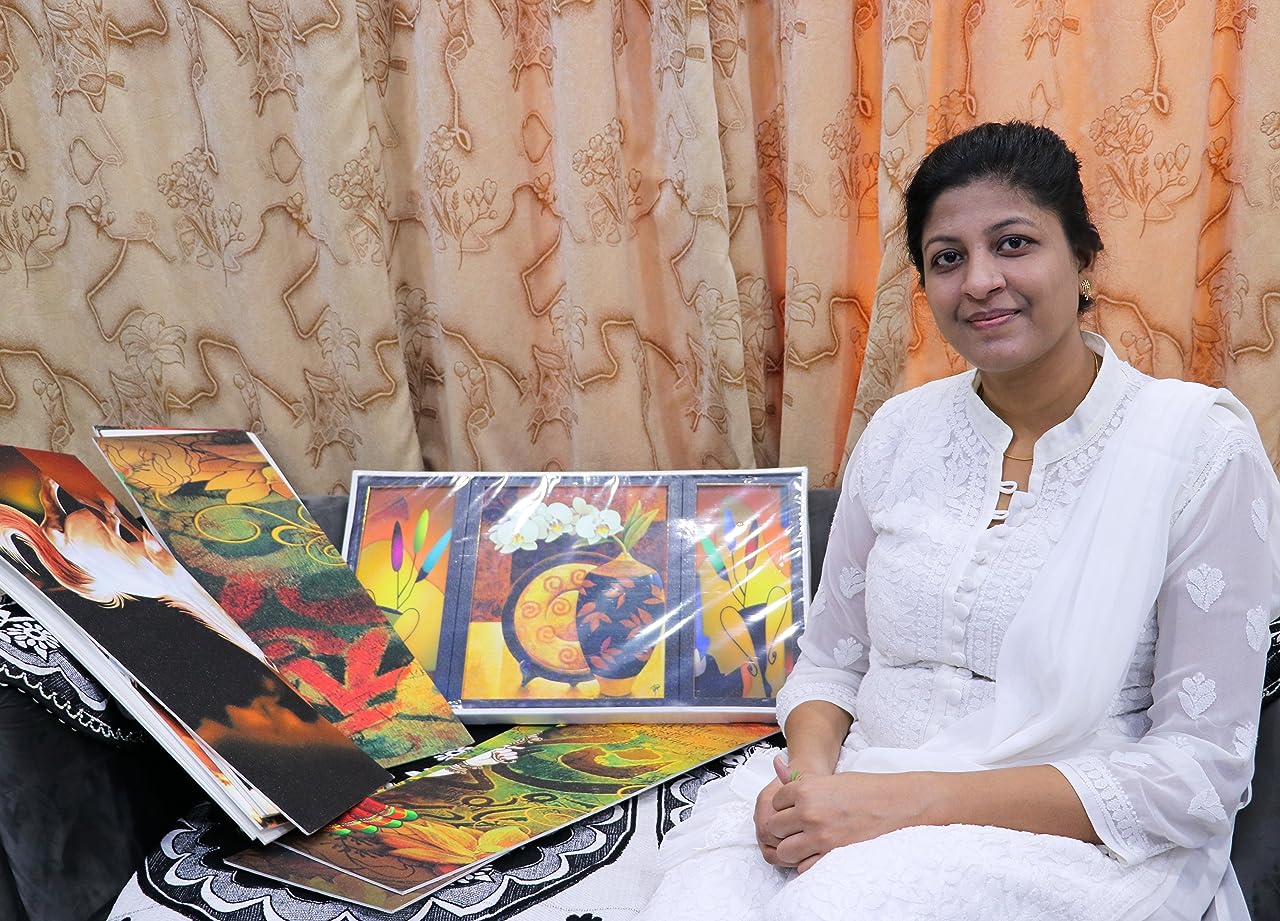 Anjita Solanki, an ex-commerce grad, wife and mother of two was not satisfied with being just that. Her passion to do something on her own has driven her throughout her life. When a business opportunity in the form of selling online at Amazon presented itself, she grabbed it. She sells digitally printed paintings on Amazon under the brand name ‘Ray Décor’.

Anjita, who is originally from Indore graduated from a commerce college. When she expressed her desire to start something on her own to her father, he refused and said she could do anything she wants after her marriage. She says she was lucky to find a husband who recognised her passion and supported her in doing what she liked. Initially, she assisted Sanjay Solanki, her husband in his business through marketing. After the birth of their son Raydanth, she got involved in his upbringing and was not able to continue with this job. A couple of years later, her second son, Kabir was born too and she took a complete break from the business.

Meanwhile, when she visited Mumbai from Jhansi, which happened to be her husband’s town, she was invited to an art exhibition. She saw that the paintings were sold out soon and people were actually interested in buying them for decorative and aesthetic purposes. This gave her the idea of selling paintings. Since catering to hundreds of customers for handmade paintings was not a scalable option, she decided to sell digital paintings. She got in touch with a few artists from Indore and Jhansi and struck a deal with them. These artists create the paintings with their hands and send her the blueprints. She then gets these paintings digitally printed and sells them on Amazon.

She did not know anything about selling online. Her husband’s friend introduced them to Amazon’s third-party Service Provided Network (SPN), who helped her get registered as a seller and list some of her products on the website. She also listed some products on other e-commerce sites. However, none of the other sites gave her the orders the way Amazon did. Few websites created issues during the remittance process and she would not get her money on time. She pulled down her listings from all the other sites and concentrated only on Amazon.

Anjita also opted for ‘Sponsored Product Ads’ which gave her products very good visibility. She noticed, that even after the ad campaign stopped running, she got organic visibility due to the traffic that was already-driven to her products. This boosted her sale to quite a large extent. She has more than 250 SKUs in her inventory at the moment. Additionally, the orders have multiplied over the months – from 8-10 products per month initially, she now sells about 30-40 paintings per month. Her business at Amazon has grown and makes an annual revenue of 30 lakhs, approximately. She has been able to employ six people including the graphic designers.

“Being a mother of two, I have a lot of responsibilities in the mornings, which also used to be the time the deliveries used to go out before. FBA (Fulfilled by Amazon) has completely taken care of that for me. Now all I have to do is send my products to the facilities while Amazon manages the cumbersome task of packing and deliveries, while I manage my household chores and business simultaneously”, Anjita says. Like many women entrepreneurs at Amazon, Anjita has had the flexibility to be working from home. “More than anything, I am happy that Amazon has helped me be financially independent and given me the opportunity of having a career on my own terms”, she smiles.